The Greater Middle East Project was put forth by Colin Powel, the Minister of Defense at George Bush Administration on 12 September, 2002. The objectives which have been posed for this plan include: Economic reform, promotion of human rights, establishment of democracy and freedom of election in the Middle East which could be implemented by different instruments and tactics. Of course, it is necessary to detach a division between the announced (explicit) objectives of this plan and hidden objectives of America, because in developing this plan, attempts have been made to have progressive and philanthropic objectives as a cover to its real objectives. The designers of this tricky plan have other objectives in mind. Among these objectives, one may refer to the supply of the security of production and display of energy for America, maintaining the survival of Zionist regime and confrontation with the Political Islam. The question is: What is the nature of recent changes of revolution in the Middle East and to what direction do they incline? The present research has been organized in an analytic-descriptive method and the findings of the research indicate that despite the claims of the analysts and politicians of America to fulfill the Greater Middle East, the colorful presence of Islamic streams at the top of recent changes of the Middle East in Tunisia, Egypt, Bahrain, Yemen and the presence of religious leaders at the top of the revolutionaries specify that the nature of recent changes is the fulfillment of Islamic Awakening and defeat of the Greater Middle East Project. 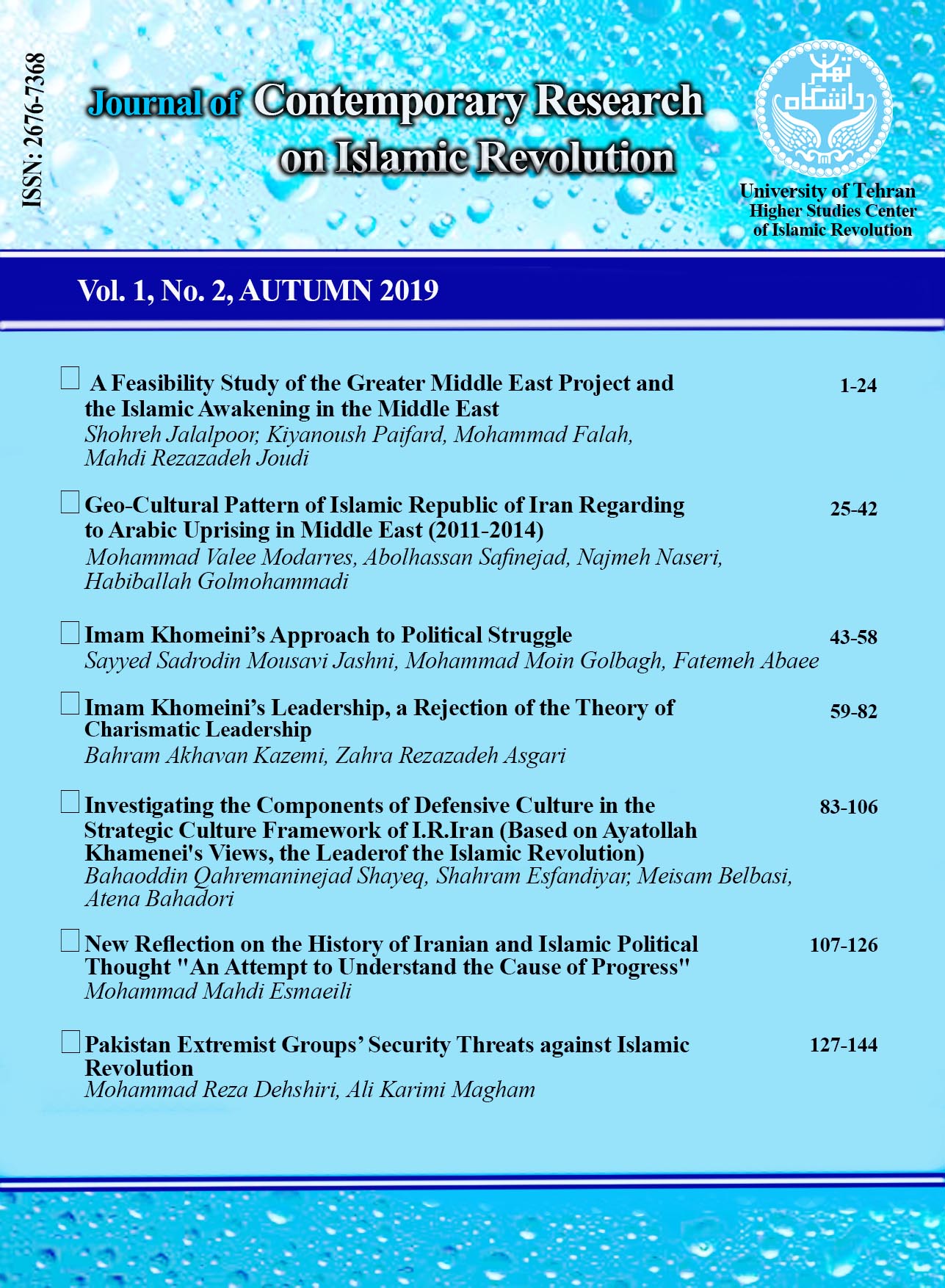